Best Time of the Year to Visit Sicily

If you’re planning a trip to Sicily, you might be wondering when the best time to visit could be. A very good question indeed and one which largely depends on your personal preferences.

Perhaps you’d like to avoid the heat and peak season crowds for seeing all the sites. Or maybe you’re a beach lover who plans to spend much of your day enjoying granitas in a bathing suit.

Whatever your reason for visiting Sicily, there is a time of year best suited for you!

Hotels consider the high season to be from March 31 through to October 31 which means prices are higher and the best places can get snapped up early. This of course varies by place and month. March, April, May and October being quieter in the mountains and coastal towns than June through to September. While major cities tend to be busier during these months and quieter in July and August. 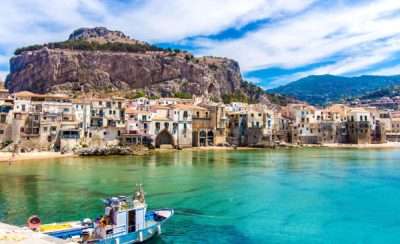 The best known busy period is ferragosto week. This is the famous mid-August break when many industries close down in Italy and most Italians take time off work. During this time Italian families generally flock to the seaside or the mountains and the usually bustling cities become somewhat deserted by locals. Read about Ferragosto celebrations in Palermo.

So if there are sites and monuments you wish to see in major cities such as Palermo and Catania, it could be worth staying there during ferragosto week to avoid long queues. That is provided you don’t mind the extra heat! 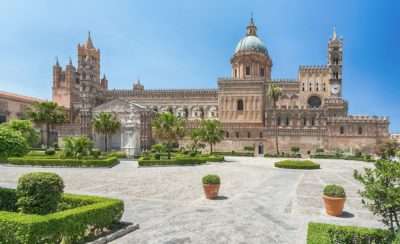 In recent years, we at Classic Sicily have noticed that the busiest time of year tends to be in June and September, and prices are starting to reflect this too. Italian schools break for three months over summer and many families plan their holidays at the start or towards the end of the break. Not to mention that international tourists favour these months too, as the weather is typically not as hot as July and August – or at least that’s the myth.

Being an island renowned for its coast and weather, low season in Sicily is naturally during the winter months. But this doesn’t mean it’s not a good time to visit.

While you will need to pack warm clothing in December, their winters aren’t as long and brutal as in northern Europe. In fact, Sicilians will often brag to northern Italians about that time they went for a swim in November or April. Some have even claimed to take a dip in Catania before hitting the slopes on Mount Etna that day. Learn more about skiing on Mount Etna.

Without stereotyping too much, it is not unusual to see foreigners swimming during the milder winter months depending where they come from.

Sicily isn’t your average island destination and its appeal is far more widereaching than what the coast has to offer. Rich in culture and history, there is never a shortage of things to do or see year round.

Catholicism is still a big part of Sicilian culture. So if visiting around Christmas time, you can enjoy the ‘presepe’ (nativity displays) in many of the villages. Learn about Christmas in Palermo.

Sicily is also famous for its culinary delights, admired by all Italians and indeed the world. Comfort foods such pasta alla norma (eggplant pasta), arancino (rice ball) to desserts like cannolo (ricotta filled pastry) and cassata cake are best enjoyed during the cooler months.

It’s worth mentioning that there are a myriad of summer dishes too, as the Sicilian diet largely consists of seasonal fresh produce and of course, gelato and granita.

If taking a trip like Complete Sicily during low season as a foodie, you will be amazed at the breadth and depth of the Sicilian cuisine. Dishes vary from region to region – with almost every town famous for a certain dish other towns wouldn’t dare imitate.

The Weather and Climate in Sicily

Sicily is a sub-tropical climate where the weather is generally warm but mild.

If you’re a heat lover and like your seawater nice and warm when taking a dip, the average temperature in August is around the high 20s (80F). The sea is equally as warm, at around 27C (80F). Days are also the longest, with around 10 hours of sunshine. July is much the same, with some of the hottest days being recorded in July.

On either side of July and August, being June and September, the average temperature is somewhat milder but still conducive to a beach holiday. Therefore, June through to September are probably the best months to consider our Sicilian Escapade trip.

If you’re wanting to do it all – history, art, monuments, nature, coast and food – why not consider October. We love Sicily in October as it’s a time when the summer warmth still lingers but the crowds have eased off.

Still unsure? The Classic Sicily team can help you customize the trip of your dreams best suited to the time of year you wish to travel. Get in touch today.